Yoga “gymnastics” will be the new tag from now on, to introduce all my classes, courses and seminaries.

This definition has the merit of being simple and honest; nowadays there are hundreds of different Yoga in the “spiritual market” and most of the time they run into contradiction. That’s why I think it’s therefore right and proper to get back to clarity and simplicity.

Yoga is the Art of Human Being; it’s the practical application of Sanatana Dharma teachings’ (the perpetual Indian Philosophy) and it has been turned into a desinence or a suffix that aims at attracting new potential consumers inside the lucrative market of spirituality.

The same happened in the ‘70s with the word Zen:
everybody thought to do Zen meditation and they applied it to all sort of activities, from motorcycling to tennis, from theatre to writing.
Today it’s Yoga turn.

This fact itself it’s not right or wrong; it’s just a fact, a social phenomenon that we can’t disregard. The consumer who embraces spiritual and holistic arts from the East will look for a particular Yoga, so the market will adapt itself to meet specific demands.

Ashtanga, Power or Acro Yoga will be chosen by someone who has a physical approach, otherwise somebody interested in Western gymnastics with low-impact exercises will find Yin Yoga, Mindful Yoga, Yoga Pilates (or Yogiaates) and Postural Yoga.

Somebody else, with a strong passion for philosophic issues, will be fascinated by Advaita Vedanta (more often in the reinvented version of American psychologists), they could also enjoy the Tibetan Yoga and other courses that introduce the word Meditation in their package, another magic word from the Holistic business.

Then we have the Shamanic Yoga, the Yoga related to symbols, the Five Tibetans’ Yoga rites, the Laughter Yoga, and so on. A Yoga for everyone!!

As I already  said before, I personally prefer the definition of “Yoga Gymnastics” (or Gymnosophy) because it’s clear, simple and honest.

During my lessons, we practice a series of physical exercises (gymnastics), positions, sequences, gestures and breathing techniques. We work on perception and the use of Subtle Energies. We study philosophical texts.

It’s the combination of these three components of our work that must or should lead to a series of physical, psychic and mental transformations.Therefore, Yoga Gym.

Then we can discuss between us, in private, about the singularity of Yoga, and we could also talk about the risks of this “spiritual market” and its adhesion. Yes, we speak of risks, because it may happen that many people practice (or even teach) Yoga without ever having read a Yoga Upanisad or an Agama.

They could pass off a simple psycho-physical exercise as an ancient traditional technique; an exercise that might be good for health and state of mind, but at the same time it’s similar to Yoga as the pin-pong is to hunting. This is the risk of inventing new disciplines with techniques and concepts mixed together to meet the taste of the public.

Look at the picture below:

The hippie man in his underwear it’s me in the 70s. It’s supposed to be in Capraia (a gorgeous Italian little Island) looking at the shape of those rocks. I was there during one of the “voluntary Yoga retreats” organised by a very large group, with manifold practitioners. There were some Babaji’s disciples, some “Orange”, a few Hare Krishna, some Sri Aurobindo followers and a group of people just returned from India.

We met periodically in the island, where we spent one or two weeks doing “gymnastics exercises”, meditation and mental visualisations. We also talked at night about the teachings of some masters, in front of the bonfire. The most knowledgeable showed us some readings written in English, that they brought from India, and we talked for hours about Sanatana Dharma, Vedas, Gods, demons and heroes.

Beliefs and opinions were different, but I remember that everybody knew and practiced the basic asanas, we all had precise ideas on chakras and we could sit for hours meditating in the lotus pose. We named it just Yoga and none of us would ever think to ask someone else “What kind of Yoga do you practice?”. Because Yoga is (or maybe it was) only one. Yoga is one of the six orthodox schools of Hindu philosophical traditions

Traditional Upanisad are 108 and they are divided into 4 groups:

2) upaniṣad of renunciation (or surrender upanisad)

There are also other groups of religious nature in addition to them, but now we’re going to analyse the third group about Yoga Upanisad.

There are 20 upanisad (or 17 according to some commentators) and they describe the yogic path to Realisation. A very accurate and clear path, with gymnastics exercises, breathing techniques, mental visualisations and meditation.

These are always and every single time the same and they are described with a simple language, details apart.

This language is not absolutely suitable for metaphorical or theological interpretations. Let me give you an example: Parama-Karuna-Devi is an Hindu master of Italian origin and she made a translation of the 108 upanisad from which I’m going to transcribe some passages.

I really suggest my colleagues and the practitioners of thousands different styles of Yoga to read them. (The author does not use the transliteration of IAST, so for instance upanisad is UPANISHAD, Siva will be SHIVA and so on..)

Here you can read two verses from the Varaha Upanisad (composed between the 13th and 16th centuries CE) :

It seems to be clear enough, isn’t it?

According to the varāha upaniṣad, which forms an integral part of Yajurveda, the practitioner must know how to do at least 11 asanas, in order to undertake  the path to realisation. They include the following poses:

These are gymnastics exercises, Yoga gymnastics, which are fundamental for a Yogin, according to a traditional Indian text.

It must be said that upaniṣad are not manuals made for buskers or for exhibitions of gymnasts, but they are clear instructions to achieve the yogic path to Realisation.

Do you think varāha upaniṣad is an isolated case?

As if, difficult poses as it’s considered the Peacock one (Mayurāsana) are believed to be basic in almost all Yoga upanisad.

It explains that what it was called to be Yoga, was a discipline made of fundamental poses, without a doubt. Among these essential poses, there were (and there still are) some movements quite complex, but they are part of gymnastics exercises.

As far as I could see and read, nowadays there aren’t a lot of people who know how to perform the bridge on their arms, the head stand or the Peacock pose. In many of these thousands types of Yoga, we could even hear that it is not necessary to learn how to do Padmāsana (the lotus pose), because it could be dangerous for the knees. Moreover, the Head Stand (the king of asanas) has become an optional, good only for performances.

So, the new tag “Yoga Gymnastics” is welcomed, considering that essential asanas poses of the upanisad are left to gymnasts.

But let’s read another passage from the Varāha Upaniṣad:

“Pranayama must be practiced repeatedly in the following order: inhale, hold the breath and exhale. The main work of pranayama concerns nadis, the channels through which the energies flow”. (5,18)

“The body of every human being is 96 fingers long. In the middle of the body, two fingers above the anus and two fingers under the genital organ, we can find the center of the body called Muladhara”. (5,19)

“Nine fingers above the genitals there is the core of nadis that takes the shape of an oval; it is made of four fingers on each side, surrounded by fat, meat, bones and blood. There is a nadi chakra in it with 10 rays, it supports the body and it’s where Kundali resides.

Kundali’s face covers up Brahmarandhra (the “opening of Brahma”) on the channel called Sushumna. At the sides of the Sushumna there are the nadis called Alambusa and Kuhu”. (5,20-23)

“The next two rays are Varuna and Yasasvini. On the southern ray of Sushumna there is Pingala.

On the following two rays there are Pusha and Payasvini, while on the west side of Sushumna there is the nadi called Sarasvati”. (5,24-26)

In these rays of the wheel, 10 nadis move 10 vayu in a clockwise direction from left to right, and they are intersected in various points like filaments of a fabric. They also have different colors (5,27-28) “

I think the message of the Yoga Upanisad, the practical handbooks of Yoga, is very clear: a yogin, to be a yogin, must be a gymnast and an inner alchemy expert at the same time. This doesn’t mean that psychic and mental well-being cannot be reached in another way; because one’s self could be realise in many manners.

But what it was used to be called Yoga included the following activities: gymnastics, inner alchemy, meditation and knowledge of traditional texts.

Today I’d like to to call it Gymnosophy, or Yoga gymnastics. I’d really appreciate that my colleagues and friends who teach Yoga and practitioners of disciplines with the suffix (or “prefix”) Yoga will read the Yoga upanisad too, when they have enough time.

In order to know what it was meant to be the word Yoga, since ten years ago. When it was considered to be necessary for meditation to tie the legs in the lotus pose while holding the back straight. As well as the head stand was not considered to be the evolution of an exhibitionist, but it was a technique to stimulate precise energy channels, to transform the perception of one’s body and of evident reality.

In composing the Teacher Training program, I came across a series of personal reflections … “Who is the Yoga teacher?”, “What does it mean to teach Yoga?”

Fundamental questions for those who decide to start a training course, which often go into the background, focused on finding a suitable course for hours .. for the subjects studied .. for costs.

But they are also fundamental questions for those who already teach, reflections that sometimes do well to face ..   And then I rediscover and remind myself that teaching Yoga does not consist in simple information that the teacher transmits and disseminates, keeping them detached from oneself and leaving them at the end of the day in a Yoga Shala.

What one theaches should be one’s own state of being, a way of life that is necessarily part of the teacher himself. In learning Yoga, the teacher can accompany and support the student only to where he has come himself, he can point a light only to those places in which he was willing to cross. It can empathize with the student’s research and with the problems that may emerge in the course of this research, just because he personally embarked on the same journey.

Here then teach Yoga is continuous research, a continuous discovery of themselves, those sides that every time we find new, fragments of us that from time to time, experience after experience, we bring to light to find that balance so difficult to reach .

And then I remind myself that the foundations of the Yoga tradition are closely linked to the conduct of a life in which our actions are congruent and consistent with our values ​​and with what we transmit to others.   If we present ourselves as

“Yoga Teachers”, which is science and the art of living, then we must put ourselves into practice that way of life. If, on the contrary, we only want to teach positions and postures, then it is better to give to what we do a name different from Yoga.

A long journey … towards the Heart of Yoga .. 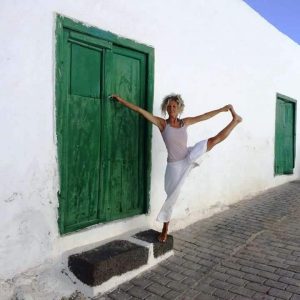 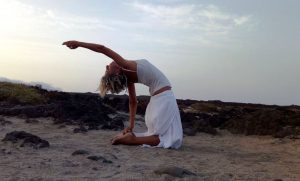