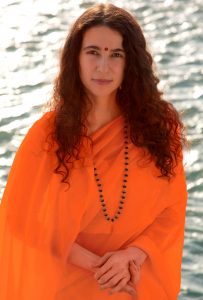 The noble traditions of Yoga, Meditation and Pranayama have, over the last three decades, become a catalyst for transformative and positive changes to the mind, body and spirit. As an example, in the United States, yoga practice increased from 9.5% of the population in 2012 to 14.3% in 2017 according to a 2017 National Health Interview Survey. Involvement by children doubled during the same period.  As part of this increased participation, people are coming to realize that Yoga is more than asanas and meditation.

Yoga, as taught by Patanjali, is an eight-fold path with each limb flowing gracefully and naturally, one into the other, yet flexible enough the limbs may be experienced ordered in a multitude of variations. The first two limbs of Yoga are the Yamas and Niyamas, or the ethical rules for living and interacting within community. This, by extension, can encompass the world at large. The third limb refers to the practice of asanas for keeping the body healthy and supple. Asanas are also critical for preparing the mind for the more subtle practices that come next. The fourth limb is Pranayama, or control of the breath – the vital energy permeating the body. It is said that the number of breaths we are allowed to take on this earth was written at the time of our birth. Yoga teaches that longevity depends on the rate at which we breathe. As we lower the rate of breathing, we can increase the length of our lives. Pranayama has an effect on both body and mind, and is a means of attaining higher states of awareness and consciousness.

The final four limbs help to refine and discipline the mind. They are Pratyahara or control of the senses, Dharana or concentration, Dhyana or meditation and contemplation, and Samadhi or enlightenment. One very powerful Dharana is envisioning the world completely devoid of our presence. This reminds us that we are not this body and nothing material is of substantial importance. Samadhi is the final state of enlightenment and oneness with the Supreme Consciousness.

Yoga is primarily a spiritual process designed to help the practitioner attain self -knowledge and Samadhi. It is rooted in Sanatan Dharma. Millions of people around the world are involved in the practice and spread of Yoga. From its origins as Ashtanga, many asana variations have been developed. Examples include Vinyasa, Iyengar, and Bikram. The essence of the original practices, however, remains intact because no new asanas have been developed.

Yoga is also a science that has been verified using scientific methods. Tests have been conducted for decades on the effect of Yoga on the body and mind. Studies show asanas, pranayama and meditation in combination with allopathic medicine can be an alternative treatment for many health issues. Research is now being undertaken to determine whether Yoga can cure and prevent cancer. Initial findings are encouraging, and show that yoga improves the physiological and physical symptoms of cancer patients and reduces stress, thereby improving quality of life.  Yoga is also being studied to determine its effectiveness in treating issues such as autism, PTSD, trauma, anxiety disorders and issues related to the mind.  On the individual level, yoga is an experiential process because the practitioner can directly observe changes in their body and mind as a result of a sustained practice

A whole world of possibilities is available through Yoga, and new opportunities are being discovered every day. Yoga can be considered one of the most important tools in the twenty-first century for health and well-being – physical, mental and spiritual. We humbly request that all teachers and practitioners treat Yoga as their most precious jewel and protect it in the same manner.

Sadhvi Bhagawati Saraswati, Ph.D, was raised in an American family in Hollywood, California and graduated from Stanford University. She was completing her Ph.D. when she left America in 1996 to live at Parmarth Niketan in Rishikesh, India. She has been living there for 22 years, engaged in spiritual practice and service.

She was officially initiated into the order of Sanyas (monastic renunciation) in the year 2000, by His Holiness Swami Chidanand Saraswatiji, one of the most revered spiritual leaders in India and the President of Parmarth Niketan. 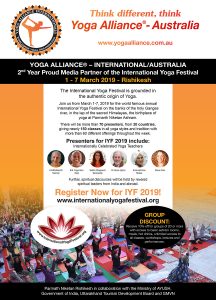 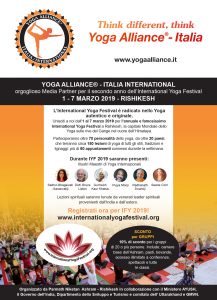